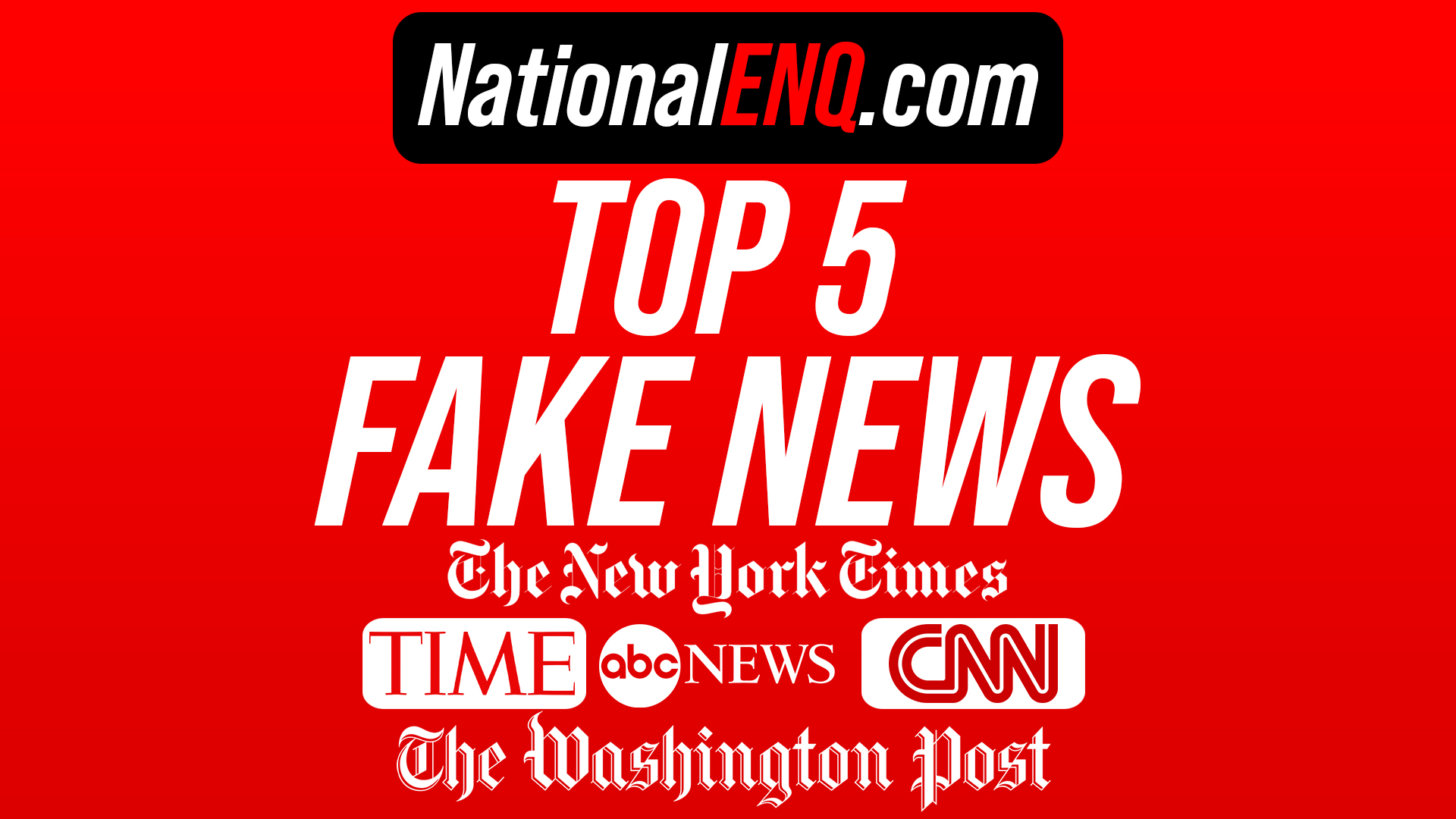 Apart from constant bashing of the Republicans through it’s outsourced and democratic-biased articles, an example of fake news coming from TIME was also featured in President Trump’s “Fake News Awards”: a fake news TIME tweet about the bust of Martin Luther King Jr. being removed from the Oval Office.

From overwhelmingly inaccurate polls on how Americans want to stay at home during the coronavirus (COVID-19) pandemic, to misleading information on attacks in Syria, the democratic ABC News publications continue to raise questions. The following tweet goes over President Trump’s opinion on one of the most controversial recent misinformation and fake news published by ABC News:

A big scandal at @ABC News. They got caught using really gruesome FAKE footage of the Turks bombing in Syria. A real disgrace. Tomorrow they will ask softball questions to Sleepy Joe Biden’s son, Hunter, like why did Ukraine & China pay you millions when you knew nothing? Payoff?

The New York Times has been in numerous instances which have left the publication discredited by many. Instead of an objective view on the unraveling political and national issues of the United States, The New York Times’ writers have switched to a much more Democratic tactic which puts most of what President Donald J. Trump says or does in a negative light. The New York Times has also been mentioned in President Trump’s “Fake News Awards” and has had its writers go rogue with bogus stories.

In the last coronavirus (COVID-19) briefing, President Donald J. Trump has once again called out CNN for its spread of fake news. President Trump was asked if he knows about Kim Jong Un’s medical condition, after a CNN report on his health and surgery – “I think the report was done by a network was incorrect. I’m hearing they used old documents … I hope it was an incorrect report.”

After a CNN reporter tried to ask another question, President Trump responded “CNN is fake news, don’t talk to me” – “The problem is you don’t write the truth, so as far as I’m concerned I want to go to the next one.”
CNN has been put in a much-deserved bad light over the years, after the widespread of misinformation and political tactics against President Trump and the Trump Administration. Other instances in which CNN has been called out by President Donald Trump are also widely available on the President’s official Twitter account, which he can use to debunk most of the publication’s fake news. A recent CNN report also said that President Trump was isolated in the White House during the coronavirus (COVID-19) pandemic, and this was his response:

….I have been packed all day with meetings, I have no time for stupidity. We’re working around the clock to KEEP AMERICA SAFE!

CNN nonsensical reporters have also stated that President Donald J. Trump had “early access” to hacked WikiLeaks documents, falsely blamed the president for overfeeding fish in a koi pond with Shinzo Abe, the prime minister of Japan, and have continuously supported the idea of President Donald J. Trump being backed by Russia during his presidential campaign – all of which have been severely debunked.

With Jeff Bezos having acquired the publication in 2013, The Washington Post has been used more and more like a political weapon against President Donald J. Trump, as well as any views that the heads (Jeff Bezos) of the publication don’t agree with.

Yesterday’s White House coronavirus (COVID-19) briefing (Thursday, April 23) has, once again, left The Washington Post bleeding readers and credibility – while trying to discredit the documented findings on the effects of light and the sun’s effect on the coronavirus, a Washington Post reporter was quickly dismissed by President Donald J. Trump – “Hey Phil. I’m the president, and you’re fake news. And know what I will say to you? I will say it to you very nicely because I know you well. I know the guy, I see what he writes. He is a total faker”, the President stated.

The Washington Post has been constantly heading towards attacking the President’s statements in any way possible, even if it’s done with fake news – it’s becoming more apparent that The Washington Post only served well as Jeff Bezos’ weapon in the National Enquirer scandal.

The National Enquirer has been attacked with dozens of meaningless articles from The Washington Post, which suggested the means of through which they got their information on Bezos’ infidelity in his and MacKenzie Bezos’ marriage. Accusations of extortion and blackmail, along with calling the methods of National Enquirer unethical have only shown two things to the population: The Washington Post is nothing but a political weapon and, worse, Jeff Bezos’ weapon.

Gaining the trust of a few Democrats with its fake news and political attempts of articles seems like it’s not working out either, as more and more disregard the publication.